“The Doves are calling and lifting their wings”

Jandek has just released two works back to back that indicates an uptrending third act positioned to crash head-on into civilization’s accelerated, downward trajectory. In case you haven’t noticed, humanity is walking around in a Zombie state of  ennui, fear and loathing. But we all stagger onward, grabbing fistfuls of joy and comfort like unattended fruit on a street cart. Nothing means anything and what’s the point of art anyway? Is Jandek the voice of this generation?

“I feel strangely serene, the sun feels so nice this time of day.”

Austin Tuesday is a live performance DVD shot with one camera. The optics are up close and bare ass naked. The facilities at this venue did not include stage lighting, so utilitarian floor lamps were employed.  The effect of this overabundance of light is a prosaic clarity that seems a driving force in the performance. One camera scans the stage searching for close ups of band members, instruments, ceiling tiles and other inanimate objects. However the majority of face time belongs to The Representative of Corwood Industries. The backdrop is a brick wall that is home to the building’s shielded electric wiring, a fire alarm, and a hanging, unused projection screen that people my age remember as standard equipment in grammar school.

When you strip away the atmospherics, all that remains is Jandek. Black clad, intense and old. His younger self intermittantly lights up the bones of his face, but it soon returns to its ghostly aspect; noticing and cataloguing trivial daily events and elemental feelings because the ghost Jandek (in waiting) is already starting to miss the  sensations associated with life.

“The light is dimming so early today, there were some things I didn’t want to see.”

The band is top notch and assembled with an eclectic hand of a casting director. Concert Harp, Clarinet and Bass Drum. Jandek and Sheila Smith take turns artfully scraping the open strings of a violin. Sheila and The Rep also play some very attractive “happy accident” piano as well.  Music casts an odd spell when performed by interesting musicians unencumbered by the concept of right or wrong notes.

“… brown leaves walking in the air, brown gray houses, white trim windows, I can see everything I want to see…”

The musicians skillfully shadow both The Representative and Sheila and their verse. Too often spoken word is merely words scatted over the top of a rhythm bed. On Austin Tuesday we get both extrapolated free verse as well as more conventional poetry reading. Gluing it all together is the intensity of Jandek. Body tensed for every syllable. Very little was thrown away on this Austin Tuesday.

Unlike some of the previous Jandek works, Sheila Smith does not dominate with her presence on Austin Tuesday. Now, after watching her perform unadorned by atmospherics on Austin Tuesday, it can  be said, Smith is one of the most unique front women in Rock with no obvious point of reference. Sheila’s polar opposite and namesake Patti Smith was passionate and poetic, but sold us a bill of goods thinking that poetry mattered. Conversely, Sheila seems to know it’s game over for Western Civilization, and all that is really matters is the next mundane experience, or the simple miracle of a quiet walk.

“I found a hollow, empty space and I called it home…”

One time on a business trip I found myself on a shuttle bus to the Oklahoma City airport. I remembered that J.J. Cale was a native Oklahoman. I grabbed my IPOD and earbuds and immersed myself in J.J.’s muse. As the dry, earth toned landscape swept by, the epiphany was swift and immediate. Elemental art isn’t about technique or intention, it’s a reflection of where you came from. And (many times) it suggests a certain topography. I’m not sure we can condemn Jandek to any fixed location; however,  Jandek’s muse evokes something Antarctic; cold, foreboding, occasionally beautiful, yet barren and melting away at an undermined but relentless speed. And like Antarctica, Jandekland is a place most normal people will never go.

“I caused a ruckus, disoriented everyone…that was my plan.” 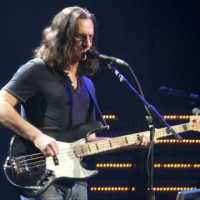