Steve Allen came to fame as the first host of The Tonight Show. He was a comic to be sure. However, his talent stretched far beyond that of most TV hosts to include jazz pianist, songwriter and dramatic actor. Allen and his restless, manic brand of entertainment soon departed the stuffy confines of network TV for a syndicated talk show in Hollywood on flagship station KTLA channel 5. On his new show, Allen was free to book all manner of offbeat characters. On commercial breaks he could be found jamming with his band expertly on ukulele, trumpet or melodica.

This following excerpt shows a very young, clean-shaven Frank Zappa making his first national TV appearance. He’s seems a little shy and overwhelmed by it all. However, when he is asked to conduct and explain his music, his Zappaesque’ authority surfaces immediately. Host Allen cracks his jokes and quips without trivializing Zappa’s youthful passion or art. A meeting of two great musical minds that were worlds apart, yet briefly co-existed on the same stage. 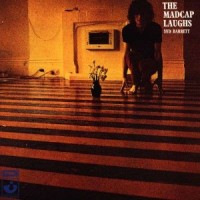