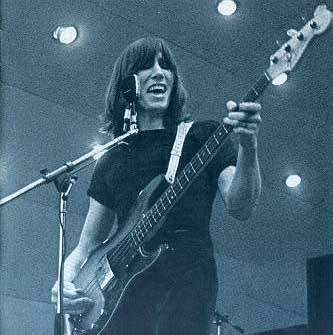 When original Pink Floyd visionary Syd Barrett failed the ‘electric cool aid acid test’ and left the band to pursue his own fine madness, Roger Waters jumped into the gaping void and eventually seized control of the rudderless band. Keyboardist Rick Wright was a superior singer and capable writer, David Gilmour was a superb singer and wrote a bit. Roger Waters willed himself to be the lead singer and main writer of the band. Ultimately Waters, (in Ziggy Stardust fashion)  morphed into the fictitious, megalomaniac, a-hole character ‘Pink’ whose pathology Waters chronicled in the super-sized slab of psychosis “The Wall”.  Waters ultimately filed suit against the band, stating that (he alone) was “Pink Floyd” and the three other charter members were merely grifters not fit to sully the name. David Gilmour, Nick Mason and Rick Wright thumbed their nose at  Waters, carried on with the Pink Floyd brand and made millions.  Waters failed to prevail in court, but settled for sole possession of “The Wall” as a consolation prize.  Waters is a modestly gifted bassist with an idiosyncratic vocal quality. However, the sum clearly added up to more than its component parts. Waters is an  indisputable musical genius, and (by some accounts) a miserable bastard.