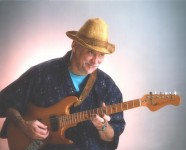 I answered an ad for a Bass Player. Something about spoken word, freeform music and the Grateful Dead. I was 41 years old and thought I had seen it all. I had had decided to reinvent myself as a fretless bass player. I was ready for something different.

I called the ad. An impossibly gentle, fey voice with a strong Texas accent answered. It was Jimmy. He invited me over with the suggestion I play what was in my heart.

At the time, Jimmy lived in North Hollywood. He had a rented house in the industrial, ass end of NoHo. It was a nice house in a tolerable neighborhood with a high vaulted ceiling in the living room. Percussion instruments of every type and ethnicity festooned the living room walls and any available counter-space or tabletop. Colored Xmas lights were strung around the room as well. Night vibe. Very New Orleans. I showed up at the appointed time. Jimmy said his wife Kelly was out getting donuts.

Jimmy was a bohemian.

Jimmy was a Shaman.

Jimmy played guitar and described his music as “spoken word”.  Jimmy was six years my senior. He started by handing me a loaded pipe. Then grabbed a tuned wood block and told me he was going to “turn me on to something”. It was a poly-rhythm. He called it “2 against 3”. It was just as he said. It opened me up. I grabbed some hard wire drum brushes and started playing his upturned school fire bells that he had spread out on a folding table like a vibraphone. We clicked instantly. Wife Kelly showed up. She was a plus-sized blond beauty who happened to favor shawls and horn-rim glasses as a fashion statement. She was a world-class flautist and played piano beautifully as well. She was also the drummer of the band. She played a snare drum and cymbal that sat next to her piano and she would really drive. I had been looking for people like these all my life.

First, I played some acoustic bass. Then, we smoked some more and I played a bit of piano. Jimmy seemed shocked at my musicality. At one point,  Jimmy looked over at me and said, “man, I can see the music flow out of you.”  Jimmy’s poetry rants floated over our improvisations and were equal parts evocative, evolved, bawdy and homespun.

Jimmy wasn’t copying anybody. Jimmy’s band was “The North Hollywood Trance Band”. I half jokingly asked when our next gig was.  He said “Tuesday”. I made note of the three or four riffs we worked on. I was high on music and ready for adventure.

I showed up Tuesday at a coffee house in NoHo. The venue was inexplicably packed with college kids spilling out onto the sidewalk. On a weeknight no less… No place to stand, let alone sit. The butt to flank throng herded us to a tiny corner of the hall. We winged it for two hours armed with four riffs, bottomless cups of coffee, percussion, ganja and raw nerve.

Jimmy’s “look” consisted of a stocking cap and his trademark Egyptian chin whiskers.  The rest of the band were wonderfully weird looking people.  The conga player looked like Dennis Weaver with horn rim glasses.  He was six foot four and wore a shirt with human skulls all over it. He also had the largest Adam’s apple I had ever seen. He carried a suitcase with duck calls, whistles and other toy instruments.  During the set, he would swing plastic vacuum cleaner hoses around his head and make tones.  Dennis Weaver’s girlfriend was an albino, hippie, scarf dancer who played congas and stared at me lustily and demonically while we played; the reddish pigment in her iris taking on a disturbing aspect.  Jimmy’s running buddy in the band was a guitar player I called King Tut. He was a downtown L.A, art-loft kook.  He likewise had an Egyptian chin whiskers, shaved his head and wore a fez. He  carried a guitar that had a screen door handle screwed on the side of it.  I turned up to the gig wearing a floral silk shirt with slacks. I looked like a jazz geek and felt like a damn fool.

To my shock and awe, the gig was great.  The kids dug us but barely acknowledged our existence at the same time. Jimmy said that the kids considered us a different species of animal.  He compared it to when “a hound goes exploring a holler and smells some strange critter’s shit. They’re curious, they sniff and move on”.  I guess  the kids were the dogs, the club was the “holler”, and our band was the strange critter shit.  The analogy somehow made sense.

The band carried on for a few months.  We were eclectic to say the least and our look and approach fit the arty Zeitgeist of the clubs and coffee houses in NoHo and Silverlake. We drew good crowds at the gigs.  Jimmy would have people “sit in”. Lesbian singer/songwriters, Rastafarian harmonium players.  I once did a six minute duet with an old queer beat poet; him shouting out verse and me jamming on fretless bass.  People actually sat and listened attentively. Weird and amazing.

I realized Jimmy was not trying to lead a band. He was trying to build a community. However, to my annoyance, Jimmy started turning down gigs at better clubs because they would only offer us one-hour slots. Jimmy was an African in a previous or future life. African musicians play for hours without a break. Sometimes drum circles would last days. A one-hour slot at the Crocodile Lounge wasn’t Jimmy’s style.

Jimmy was a visionary.

FLAPJACKS: One time I showed up to a jam party and Jimmy and Little King Tut with the screen door guitar were making pancakes that looked like hunks of peat moss. I think they dumped a whole ounce of industrial strength ganja into one bowl of pancake batter. I ate one. We had a circle jam. As I played, the flapjack kicked in and my brain felt the sensation of going up a cosmic elevator at high speed. It finally let me off at the 9th floor. I had played music all my life. I had gotten high many times in my life. With Jimmy, I saw the nexus and got the chance to stick my head into the vortex of a different dimension.

Jimmy and I squared off at a gig once. I was an asshole. I felt the jams should be shorter. I felt we could shape our trip into something entertaining that people would buy. I kept trying to gesture Jimmy to wrap it up by giving the cut signal across my throat. I was sitting with my wife during a break when I suddenly looked up and Jimmy was standing over me, accusing me of trying to turn the band into the Ed Sullivan Show. I suggested we step outside. We talked loud. It was the only time I saw Jimmy pissed off. I said we should go back inside and play. We played. Jimmy had been bugging me to play a particular riff a certain way for months. It was tough on the hands. However, tonight I would play it his way. I was going to play just as long as Jimmy wanted just to show him I could. We burned for 10 minutes straight. I stood ramrod straight and stared right at him out of spite and respect. The audience was riveted. Jimmy finally let me off the hook and signaled the end. I had tendonitis in my left index finger for the next couple of years after that night. It was worth it. I think it was the last gig I did with him.

Rehearsals were a somewhat moot exercise, since we were a freeform unit. The main benefit was the fellowship and the restorative properties of our twin sacraments; ganja and improvisation.  One sad, unproductive Sunday, the point came when  I knew the fragile, innocent magic that possessed our little concern had evaporated into the ether; lost forever.

I looked at Jimmy and just shook my head and said, “Man, I gotta quit the band.” Jimmy, shouted towards the kitchen at Kelly, “Honey, guess what? Dale just quit the band.” I still regret the decision.

Jimmy and his wife moved to New Mexico soon after I quit the band.  He said there were lots of Indians there. I told him I learned more about music in my six months with him that I had in my previous 10 years in music. He seemed astonished and touched. I wish I had stuck it out with Jimmy a little longer.

Jimmy was a Texan who couldn’t stand America. Even wrote a song asking God not to make him an American again. He rapped about places where the language of art was “freely spoken”. He was a bluesman from a red state.

I remember Jimmy yelling at me as I was driving away after a rehearsal, “Dale, It’s all rigged against the poor man”. This was during the peace and prosperity years of the Clinton administration. I wrote him off as a crackpot. Time has shown the wiser.

Jimmy was a great photographer. That was his day gig. His masterpiece was a large, poster-sized photo of a jet-black male to female transsexual sitting in a chair in the dark… naked. It hung in his living room like a family portrait. It was beautiful and unsettling like Jimmy’s music. I’m no expert or curator, but that picture was as good as anything Robert Mapplethorpe ever put out. I remember him patiently instructing my non-musician wife how to play percussion during one of our recording sessions. He was always asking my musician friends if they wanted to “sit in”. Elitism was not in his spiritual vocabulary.

Jimmy was a guitar player.

Jimmy said he realized early on he wasn’t good at playing the chords to other people’s songs, so he played guitar while he recited his poetry.

He played what was in his heart.

In 2004, Jimmy’s life ended.  The man who gave me the news said Jimmy simply stated he could no longer live in this world.

3 thoughts on “A Shaman, A True Star (Ballad of Jimmy Townes)” 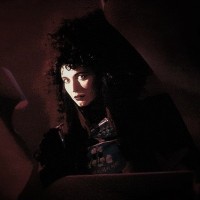 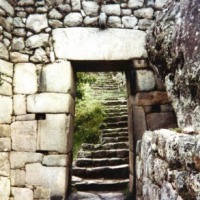 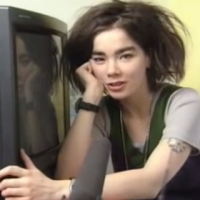