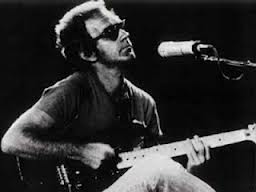 Cale was a guitarist/singer/songwriter in the blues-country genre. He pushed the boundaries of country and blues beyond the traditional orthodoxy of those American forms. The term “laid back” is directly attributable to Cale.

Cale was a sonic explorer. He used drum machines on his records long before it became the standard operating procedure in the industry. Combining drum boxes with the blues was unprecedented.  Additionally, his production techniques ran counter to the accepted ideal that pristine, sonic excellence was the ultimate goal of record engineering and production. He embraced the –feel over perfection- philosophy when recording takes and used echo and other sound processing elements as another instrument in the studio. He was certainly a pioneer of the “Lo-Fi” aesthetic in record production.

Cale modified guitars in a manner that would make Dr. Frankenstein proud. His favorite trick was to take an old cheap guitar, and completely gut and reconstruct the inner electronics to fashion a unique sound.

Cale was born in Oklahoma City on December 5, 1938. He later moved to Tulsa and immersed himself in the vibrant music scene of that city before moving to Los Angeles in the early 60’s. He didn’t realize that his given name (John Cale) was already the established brand for another musician in The Velvet Underground. A club owner at the Whisky A-Go-Go suggested the moniker “J.J.” and the name stuck. In L.A. he gained employment as a recording engineer in Leon Russell’s studio. He also managed to secure regular gigs at the Whiskey-A-Go-Go as an alternate booking when club mainstay Johnny Rivers took the night off.

After Cale exhausted all the party and employment opportunities Hollywood had to offer, he pulled up stakes and migrated to Nashville with the intent of being a songwriter for other artists. His career really took off when he finally placed the song “After Midnight” with Eric Clapton. It became such a huge hit that it was decided that Cale needed to record a solo album to capitalize on the heat generated by the song.   Cale never sought –or was comfortable with – the role of rock and roll star. He famously turned down an opportunity to perform on Dick Clark’s American Bandstand because he wouldn’t subject himself or the band to miming and lip-syncing his biggest chart hit “Crazy Mama”.  He seldom gave interviews. As a solo artist, Cale recorded a long string of innovative and satisfying albums whose roots remained firmly in the blues but somehow managed to establish individual identities as standalone works. If you’ve heard one J.J. Cale album, you have definitely NOT heard them all. 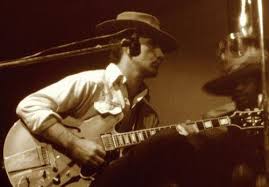 Eric Clapton was Cale’s biggest fan and beneficiary of his songwriting talents. After the success of “After Midnight”, Clapton later recorded Cale’s “Cocaine”. It also became a huge hit and concert standard for Clapton, and a huge source of revenue for Cale. Lynyrd Skynyrd’s version of Cale’s “They Call Me The Breeze” was likewise a huge F.M. hit and remains a standard on Classic Rock radio to this day. Cale and Clapton would later collaborate on the album “Road To Escondido” in 2006. The album earned Cale his first Grammy. 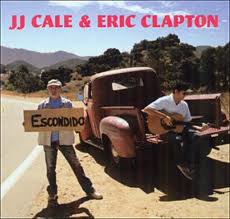 Probably the most underrated aspect of his artistry is his guitar playing. Cale was a blues-man of the first order. However, his fluidity and inventiveness as a soloist put him in the elite league. Cale is an American treasure and an influence on countless artists. Think of Cale next time you listen to Dire Straits’ first album.

Cale was a huge influence on this writer’s guitar playing and approach to production and recording. I definitely went through my “Cale period”. On a recent trip to Oklahoma City, I stuck in my ear buds, dialed up Cale on my IPOD and watched the flat, earth toned landscape roll by during the shuttle ride to my final destination in Norman. It all fit together and the epiphany was immediate. An artist’s roots and influences go beyond what records you listen to and your schooling. Art reflects who you are and where you’re from.

J.J. Cale is gone now. However, he’s left behind a rich and voluminous legacy of albums and videos for us to enjoy; a legacy that should be honored by a Rock And Roll Hall of Fame induction ASAP. Not that Cale would give a damn about such things. But, he would still take it and say thanks.  Always the humble, laid-back Okie…… 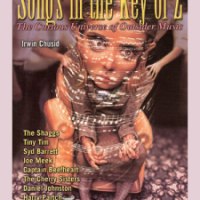 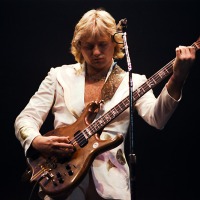